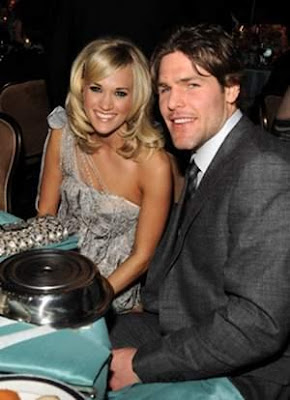 The Predators have acquired Ottawa forward Mike Fisher in exchange for Nashville’s first-round draft pick in the 2011 NHL Draft and a conditional pick in the 2012 draft.

Fisher, the husband of country superstar Carrie Underwood, is tied for his team’s lead in goals with 14 and is third in points (24).

“We were seeking a top-six forward and Mike Fisher was the player we set our sights on,” Predators General Manager David Poile said.

The 30-year-old Fisher also has plenty of playoff experience, having played in 75 postseason games.
Posted by CarrieNEWS.com at 11:00 AM