How Carrie Underwood Is Spending Her Honeymoon 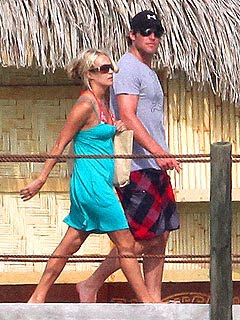 They've been photographed just relaxing on their Tahitian honeymoon – but newlyweds Carrie Underwood and Mike Fisher have also been taking in the French Polynesian sights. Especially underwater and by air.

"Carrie and Mike have enjoyed swimming and snorkeling with reef sharks," a source tells PEOPLE of the honeymooners. "They also toured the island via helicopter."

That's not to say they're not spending time alone, too, in their luxury overwater bungalow.

"They have also spent some quiet alone time on their  deck," the source says. "They looked so happy together and can't stop kissing and  doting on each other."

The two, who wed on July 10 at Georgia's Ritz-Carlton Reynolds Plantation resort, arrived in Tahiti on July 12, and were greeted with juice in coconut shells.

They also "would not let go of each other's hands when they were escorted to their bungalow," the source says. "They looked very much like happy and excited newlyweds." 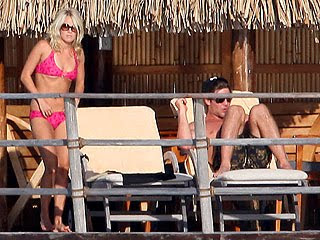 Posted by CarrieNEWS.com at 4:46 PM